Home Banking, loans and cards Everything you need to know about the PPI deadline Although the PPI scandal was first uncovered over a decade ago, it has experienced a recent resurgence in the media due to the announcement of the deadline for all PPI claims. If you’re yet to claim, this post will tell you everything you need to know about the upcoming PPI deadline.

In 2005, the Financial Services Authority (FSA) issued a report on the PPI market, following an investigation into its lack of compliance controls and poor selling practices. Since then, customers have been successfully re-claiming money owed to them for mis-sold PPI policies.

Last year, the Financial Conduct Authority (formerly the FSA) announced the deadline for all PPI claims, which has created a sense of urgency among those who have yet to claim. If you haven’t yet checked if you’re owed money for mis-sold PPI, we’ll tell you the vital information you need to know about the deadline and claim process.

Most people have heard the term “PPI” — thanks to an abundance of TV advertisements and annoying cold calls — but there’s undoubtedly a fair few people who write it off as a scam or waste of time. Payment Protection Insurance (PPI) is an additional charge that was brought in by British Banks when customers paid for financial services such as credit cards, loans, mortgages and insurance.

Unfortunately, many customers were completely unaware they were being charged for a largely redundant service. So began several years of customers paying for everyday financial services and being charged for PPI, allowing the banks to make an enormous profit.

When is the PPI deadline?

The announcement of the PPI deadline was quickly followed by a marketing campaign, featuring Arnold Schwarzenegger, to increase awareness and urge people to claim. This has brought the PPI scandal back into the limelight and reminded anyone who is yet to claim that time is ticking. It has also forced the banks in question to set aside a substantial amount of money to deal with the expected influx of claims leading up to the deadline.

The date you need to keep in mind is the 29th of August 2019. This may seem like a long way off yet, but now that more people will be claiming, it’s a good idea to get on the case sooner rather than later. It’s also important to bear in mind that you may have an earlier deadline, if your bank has contacted you regarding your claim stating a specific time period during which you can claim for mis-sold PPI.

How to make a claim

Did you know that the average payout for a PPI claim is £1,700? This is a substantial amount of money, which makes it all the more surprising that the majority of people who are owed money for mis-sold PPI haven’t claimed yet. It’s important to make your claim as soon as possible to avoid a potentially long queue and ensure that your claim is handled as quickly and efficiently as possible.

If you lack the free time or confidence to handle it yourself, you’ll benefit significantly from the expertise and know-how of a PPI claims company. These companies will handle the entire process on your behalf, ensuring that your claim is filed as quickly as possible to avoid possible delays that could make you miss the deadline. 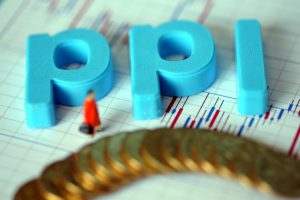