More than seven in 10 UK consumers are worried about the impact the pandemic has had on young people’s financial futures, research commissioned by education company EVERFI has found.

Some 2,096 adults from across the UK were asked about how they thought society had changed as a result of Covid-19. While 71% admit they are worried about young people’s futures, bank balances and financial stability, the figure rose even higher for women and for those in senior managerial roles.

Some 75% of women said the issue is a worry, compared to 68% of men. Those in senior jobs are more likely to be concerned about the topic with some 76% of those in senior managerial roles worried by it, compared to 67% of state pensioners, those in casual work and those who are unemployed.

The picture differs across the UK too. Those living in Northern Ireland, London and Scotland are most worried by it, while those in Wales appear to be least concerned.

The vast majority of UK consumers – 88% – say that young people need a good financial education to be better equipped to cope with an uncertain future, the research found.

EVERFI’s findings come amid predictions that young people will be hardest hit financially by the economic downturn. Those who graduated in the aftermath of the last financial crisis suffered particularly sluggish wage growth and more were in low-paying jobs. There’s everything to suggest the same will happen over the coming years.

A recent report by the Financial Conduct Authority, the UK’s financial regulatory body, has found that Covid-19 has had a disproportionate impact on those of working age. Young adults, aged 18 to 34, and the self-employed saw the largest proportional increases in financial vulnerability last year, rising by more than 40%. Many have lost work, fallen into debt and had to draw on what savings they have.

Research by Talk Money Week last year found that 71% of 18- to 24-year-olds worry about money once a week or more and a disturbing 28% worry about it at least once a day.

Martin Finn, EVERFI’s Executive Vice President of Global Operations, said there was a “growing need” for young people to be taught financial skills in primary and secondary schools.

“It’s no surprise that so many consumers are worried by the impact the pandemic has had on young people’s financial futures,” he said.

“Now more than ever, young people need a firm foundation in personal finance, such as how to open an account, basic budgeting skills and an understanding of how interest makes our savings grow. We need to teach them how to distinguish between our needs and wants and how to borrow responsibly.

“Research indicates that securing financial education as early as possible is really critical for young people to have financial security,” he said. 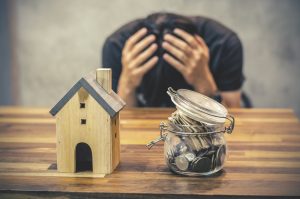 EVERFI partners with businesses to equip young people with a financial education. Businesses can sponsor its widely-acclaimed courses: Vault, Thrive, Aspire and Achieve. The courses, which use real-life scenarios and interactive games to show pupils how to make smart financial decisions, are free to UK schools.

*Market research company Yonder surveyed a sample of 2,096 UK adults on 17 and 18 February 2021. The results are weighted to a nationally representative population.