A new study from ElectricalDirect has discovered just how many fewer houses you now get for your money. It’s no secret that as the property market has boomed, house prices have also skyrocketed, with the average house price in England increasing by 171% since 1980. Whilst the price you pay for a house keeps going up, you might be surprised to hear that the amount of houses you get, keeps getting smaller.

On the flip side of this, as prices may be going up, sizes are going down, the study reveals how much smaller the average house now is. In 1980, on average UK houses boasted 75 SQM of space, but in 2020, the average house size is now at around 67 SQM, which is an average decrease of -18.61%. If this trend is set to continue, in forty years time houses as small as 53 SQM could be selling for upwards of £422,723.

Southend has become a popular commuter city for workers in London, and appears to have also begun to adapt to those notoriously high London house prices, with an increase of +68%. Similarly, Bristol boasts three universities and has also experienced a +68% increase in house prices, meaning that the average house now goes for around £282,596.

Not only that, but the average house size has also decreased, with Southend reporting a -1% decrease, and Bristol a -2% decrease.

But, on the other hand, the ElectricalDirect study has also discovered where in the UK has witnessed the biggest increase in house sizes. 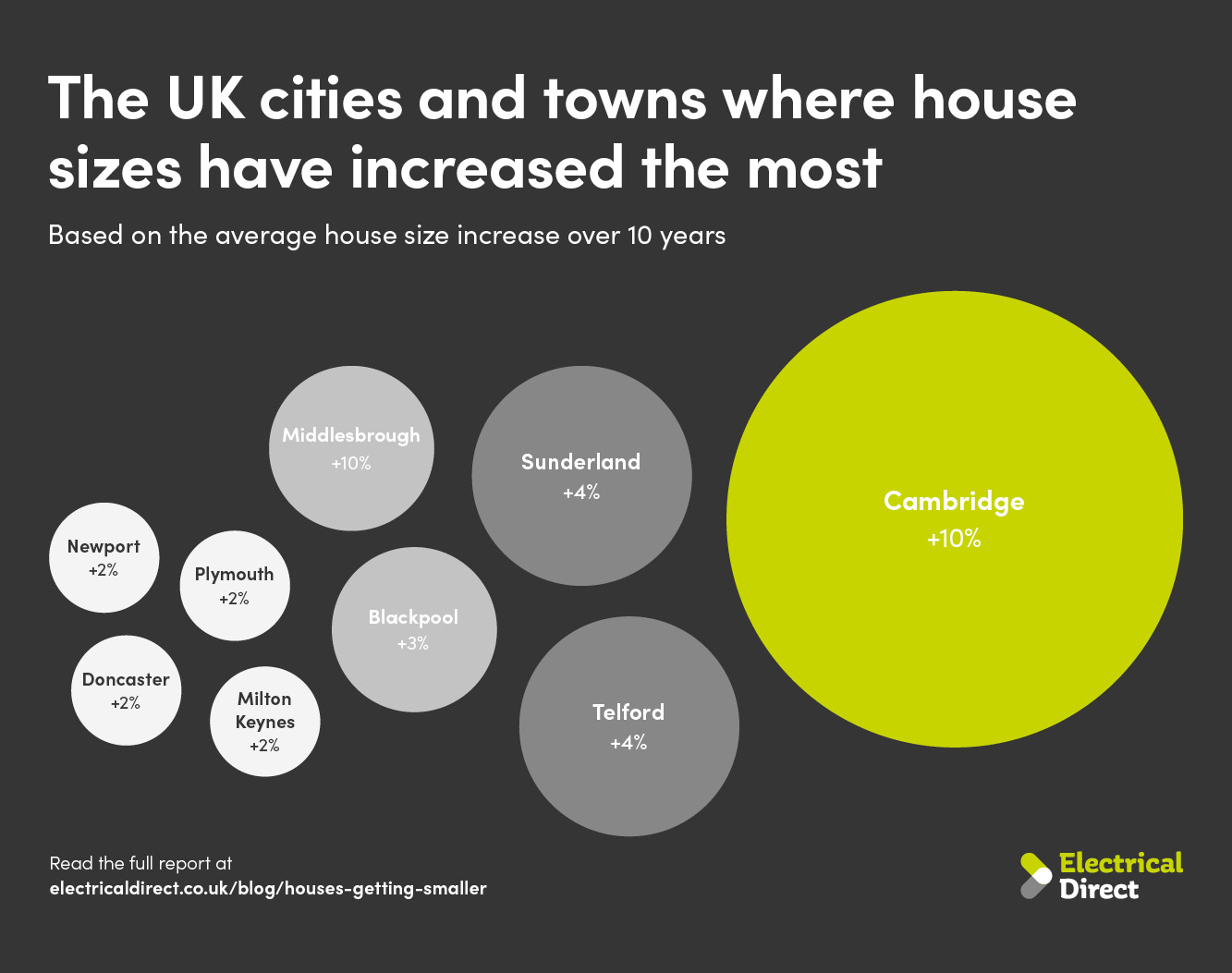 Between 2011 and 2018, average property sizes in Cambridge have increased by an impressive +10%. However, Cambridge has also experienced a +57% increase in house prices, meaning that although you’re getting more space, it’s going to end up costing you more.

The UK cities offering the best value for money

But it’s good news for those wanting to relocate and settle down in Blackpool, as the popular seaside town works out as the best value for money, with a +3% increase in house sizes and significantly smaller house prices increase of +29%, is it predicted that the average house in Blackpool will set you back £138,680 in 2025. What’s in store for the future?