The regulator has stepped in and taken action against Economy Energy, one of the new wave of domestic suppliers, following concerns over customer service.

The provider has been banned by Ofgem from taking on new customers until it resolves its problems. The supplier has also been banned from increasing its customers’ direct debits or requesting one-off top-up payments for at least three months.

Ofgem said it had taken the action due to problems with Economy Energy’s customer service, complaints handling, and billing and payment procedures. The company said it would be mounting “a robust defence” against the move.

Anthony Pygram, the regulator’s director of conduct and enforcement, said: “Ofgem is taking action to protect customers from suffering more harm from the unacceptable level of customer service provided by Economy Energy.

“We expect the supplier to take immediate action to rectify its failings or face having its ban extended.

“All suppliers are required to treat their customers fairly. Where they do not, Ofgem will take the necessary steps to ensure suppliers change their behaviour and to prevent further harm to customers.”

Ofgem said it expected Economy Energy to improve its customer contact procedures; address its billing and payment failures; and improve its behaviour regarding refunds. The regulator’s action can be extended if the improvements are not made within three months. The ultimate sanction would be removing the supplier’s licence.

Economy Energy has recently received a barrage of negative reviews from fed-up customers.

The action by Ofgem was welcomed by Peter Earl, head of energy at Compare the Market.

“Energy companies should not be allowed to take on new customers if they are transparently not serving their existing customers well enough.

“At the moment, it’s an unfortunate fact that household and energy bills in particular are confusing to many people – with complicated tariff details relating to prices per unit and the bewildering world of being in credit or debit depending on consumption, being just two examples.

“Reform of energy billing via dramatic simplification is essential. In the meantime, however, it is absolutely vital that energy companies provide first class customer service to handle inquiries and complaints and to help customers navigate their bills and other issues.”

In a statement on its website, Economy Energy said: “As acknowledged by Ofgem, the statement of objections is not a finding of infringement of competition law and no such findings have been made at this stage. 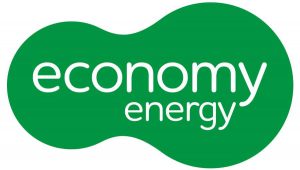 “Economy Energy takes its compliance obligations very seriously and is disappointed by Ofgem’s announcement. The company is reviewing the statement of objections and proposes to submit a robust defence to Ofgem’s allegations through the proper channels in due course.”