The number of households switching their domestic energy providers has soared, with millions of people looking for better deals.
Figures released by Ofgem, the energy watchdog, show that there were 7.7 million gas or electricity account switches last year – a six-year high. The figure was up 28% on 2015, with 1.7 million more switches.
The trend also saw more customers moving to smaller suppliers, with nearly half of all switches being to non-Big Six providers.
“This welcome increase in switching should serve as a warning to supply companies,” said Ofgem chief Dermot Nolan.
“If they fail to keep prices under control or do not provide a good service, they risk being punished as customers vote with their feet.
“Big savings of around £230 are available and switching has never been easier, so we would urge everyone to shop around for a better deal, especially if their supplier announces a price rise.”
Ben Wilson, of price-comparison service Gocompare, said: “Ofgem’s figures show that the energy-switching revolution has started and the Big Six should be scared.
“However, bill payers have been left with no option but to switch. We’ve had countless industry reviews and reports over the years, but still the only way most households can get their energy costs down is to take control of the situation themselves and ditch their Big Six standard variable deals.”
Mr Wilson said he thought the number of customers switching this year would rise further, given imminent price rises.
“EDF will increase its electricity charges by over 8% on March 1 and Npower by 15% on March 16,” he said.
“Wholesale prices have gone up considerably in the last year and there will be further price rises for consumers this year.
“The genie is out of the bottle now when it comes to energy switching. Bill payers are getting into the habit of shopping around and taking charge of their energy outgoings.”
Ofgem said the vast majority of switches between energy providers took three weeks to complete, including a 14-day cooling-off period. 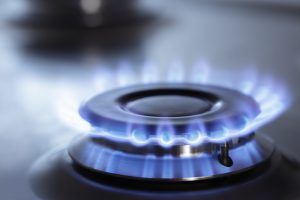