Investors looking to make more money out of their properties would do well to consider in-house management services over those operated remotely via call centres.

With rents down across the UK and particularly in London, and ever-growing legislation of the property and rental sector, many landlords are alarmed at their falling profits, doing all they can to stay in the red. They’re mindful, however, that their top priority is keeping those who pay the bills satisfied: their tenants.

London is still the top place to be a landlord, as it’s the most expensive place in the UK to live. Currently, rentals in the capital are averaging just over £1,200 a month — the highest rental charges of anywhere in Britain. But the hefty sum is still over 3% down on what landlords were earning from their London properties a year ago, according to the latest figures.

There’s little doubt that an array of forces are buffeting the entire British property market, from ongoing concerns of where Brexit will leave the country, to the recent general election upheaval. In a thriving economy that for decades has been largely built on the work of migrants from Europe, some are now quitting the country — and their rental properties — because of future residency and other fears. It is a worrying time and, for landlords, finding the right tenants and keeping them happy is now more essential than ever.

Many of the large lettings agents like to outsource their property management services, or at least operate them via a call centre. This naturally serves to increase economies of scale and dramatically reduce costs. This kind of strategy can, however, be short-sighted, as many people — property owners and tenants, in this case — are loathed to contact a call centre at all.

Even if it’s a freephone number, it often takes long spells trying to get through to a call centre via the frequently convoluted computerised systems they use and the hundreds of other callers already on the line. You may end up speaking to someone several continents away who doesn’t have the local language or cultural knowledge and little apparent concern about your vexing problem — especially if it’s the middle of the night and they’re half asleep.

Real help, when you need it

A top landlord agent in London W6, for example, knows what to do. Letting agents in the area like Horton and Garton say the number one frustration landlords experience when dealing with agents is communication. It can often be poor or even non-existent and leave the landlord client frustrated and looking for a better service.

Instead of some robotic operation in a far-distant land, then, property management services run on the actual premises of an estate or letting agent have become desirable, say Horton and Garton. Now, there’s a property manager on-site to deal with problems as they arise. There’s usually an out-of-hours emergency number that tenants can call if something happens, too.

Landlords benefit from the contacts that local and reliable letting agents have with the tradesmen and maintenance firms in their areas, as they need them to keep their properties in top condition at all times. Plus, they won’t be hit by the rip-off prices that many an unsuspecting landlord in need of emergency plumbing, wiring or anything else often experiences. 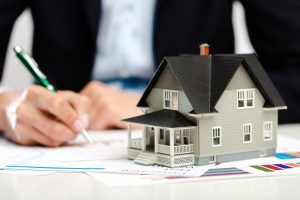 It turns out that, as with most things in life, people really do like the personal touch. They don’t want to be seen as just another caller on the line. Lettings agents providing this kind of invaluable service stand to get ahead of their competitors, while at the same time giving landlords and tenants exactly what they need.