Cryptocurrency, which is a subset of the larger blockchain technology is a path to the future. It promises several benefits that has piqued the curiosity and interests of all tech giants. In fact, there are even rumors that, in the near future, a day will come upon us when all transactions would be carried out through bitcoins and cryptocurrencies. Cold cash could become obsolete.

The immutable nature of blockchain is the primary reason why the digital world got interested in cryptocurrency. However, these unhackable chains of data blocks upon which cryptocurrencies are built are no longer secure. They are getting hacked. They are being abused. And every cybercrime that was inflicted upon the magnanimous internet is also being throw around at the blockchain, and eventually cryptocurrency as well.

In fact, hackers have managed to stole as much as $2 billion worth of cryptocurrency since the beginning of 2017. And a lion share of them were stolen from exchanges.

Here are some reasons that prove why the need of secure cryptocurrencies will intensify severely in the coming years:

Data is the backbone of blockchain. In fact, it is time stamped and genuine data that is joined together to form links which are then put together to form blockchains. Needless to say, blockchain-based cryptocurrencies are data warehouses. They are treasure troves for hackers who want to resell it or use it further for social engineering.

Basically, the data stored in cryptocurrencies can be used in two ways. Hackers can either sell them to marketers who will bombard the innocent users with adverts. Or, they contain critical personal information like social security numbers, driving license numbers, etc. all of which can pose serious risk to the private lives of users.

For instance, most internet users have the habit of using a combination of their birth dates and vehicle number as passwords for their bank accounts. Imagine the tragedy if hackers are able to reverse engineer these passwords with the data stolen from cryptocurrency exchanges. It could lead to a torrent of security attacks that can bring the world to a standstill.

Blockchain is built on trust. There is an underlying belief that every single bit of data available on a blockchain or cryptocurrency is safe and secure. But, what happens when the inevitable and unexpected data hack happens? The unshakable trust is shaken. Users may no longer be trust the medium as a source where they can safely host their personal information.

The end result would be stagnation. Cryptocurrency would decline in usage and fanfare. We would go back to our old practices that are slow or unproductive in nature.

But, secure exchanges can steer us away from such a situation. They can put an end to threat of cryptocurrency become a suspicious medium. Strong encryption made possible by a wildcard SSL certificate ,can help exchanges from losing their data to third-party players. Most importantly, they will also enable users to identify secure applications from the rest.

Blockchains are made up of data blocks that are vouched as true and genuine by the users in it. These users remain anonymous and cannot be identified easily. It is this anonymity that also keeps the records in the cryptocurrency immutable and static.

But, data hacks can break that anonymity. It can bring to light the true identity of the stakeholders in a blockchain, thus defeating its very purpose. It is here that a blockchain can make a difference. It can ensure that no data of the user, is ever publicized or stolen, even in the case of a data leak. Secured cryptocurrency exchanges would give investors and everybody involved to work with confidence that their transactions are secured.

Business and finance and mutually dependent. No business can function easily without the might of finance. Cryptocurrencies enable businesses to function at a different plane where there is greater transparency and trust – the pillars of a good financial system.

But, trust, in any aspect of business and life is not easy to come by. There is a pressing need to establish trust in every element of the business. Most crucially in finance. There is serious business dependency which intensifies the need for secure cryptocurrency exchanges. If cryptocurrency exchanges can be secured with encryption technologies, it will enable investors and rest of the world to rely on it with relief. It will also elevate the risk appetite of the world at large.

Once in a while there comes a technology that sweeps across the world and changes the fundamental way of doing anything. Think the assembly line. The printing press. The personal computer. The iPhone. Blockchain is one such technology like that, the positive impact of which can be experienced only in the days to come. 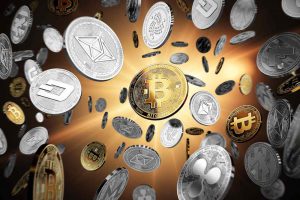 But, like with all good things that have a shady side to them, cryptocurrencies also have some threats that need to controlled before they can be scaled. Protection from data hacks, improving transparency, establishing trust are required before they can be adopted rapidly.

Encryption with a SSL certificate would be a good way forward. Wildcard certificates which can secure multiple subdomains of single domain with the same certificate can offer maximum security for cryptocurrency transactions.