In the wake of the Brexit referendum, house prices in London are still on the rise, but it’s anyone’s guess as to what the property market, both inside and out of London, will do in the months and years to come. Will Brexit ultimately make it easier or harder to buy a house? It’s too early to say but it is possible to make some educated guesses.

A gloomy outlook, temporarily worsened by the vote

There’s plenty of uncertainty, but one point that does seem certain now is a general attitude of gloom amongst property owners and renters alike. Many current property owners in London have despaired of ever finding their perfect house, their “forever home”. Renters overall are quite pessimistic as well.

A recent survey by online bank First Direct of 4,000 London residents, equally divided between renters and home-owners, revealed a widespread pessimism among both groups. Their findings about homeowners’ perspectives indicate that less than one half of homeowners had found the home in which they intended to remain forever, while almost one fifth of homeowners do not expect to ever find that “forever home”. Of those who had managed to buy the home of their dreams, more than one fifth had sacrificed elements of their lifestyle that they had previously enjoyed, just to be able to afford the home.

Renters who responded to the survey described an equally dismal mindset. Over a quarter of those surveyed had no desire to engage in a climb up the property ladder, and felt that whatever home they ultimately purchase would likely be their last. A significant percentage were resigned to the belief that in order to even buy a home, they would have to work more and/or move to an area where house prices are lower. Few of the single renters believed that they would ever be able to purchase a home at all, given the high and steadily-increasing property prices.

London has had a housing crisis for years, and to a certain extent much of the UK has as well. It’s a problem that predates Brexit. That’s not necessarily a reason to give up on your dream of getting on or climbing the property ladder.

It is difficult if not impossible to accurately predict the effect Brexit will ultimately have on the housing market. Experts in economics and the housing industry appear to be at odds with each other on their projections, leaving one to wonder whether some of the predictions are influenced by wishful thinking as much as actual events.

On the one hand, some economists such as IHS Investment Services’ Howard Archer predict a dire outcome, saying, “Housing market activity and prices now look to be at very serious risk of an extended, marked downturn.” Other mainstream economists predict that the number of housing transactions will drop, and that prices will either stabilise or drop, although few believe that the market will actually crash.

Housing market experts, on the other hand, predict that the perennial shortage in available properties, coupled with the potential for interest rates to drop even further – thus somewhat offsetting price increases and reducing the cost of mortgages – will stop prices from falling further and motivate buyers to act before rates and house prices begin to rise again.

House prices increased in June at a rate that was double that which was recorded the previous month, to a record average of £216,823, which was surprising given the dire warnings about the potential damage from a positive Brexit vote. Prices are one thing, however, and actual sales are another thing altogether. While property prices reached a record high, the number of transactions dropped dramatically from the previous month. Part of this drop can be explained by the previous quarter’s figures being inflated by the rush to purchase property ahead of the April increase in Stamp Duty.

Meanwhile, Bank of England governor Mark Carney exemplifies the standard admonition to keep a stiff upper lip, while acknowledging that tough times may well be ahead. In his words, “We are advising people to be prudent. If you are taking out a mortgage, at some stage during the life of that mortgage, conditions will be difficult.”

You better shop around

Regardless of how Brexit plays out, certain commonsense principles will never change. One of these is the importance of comparison shopping, and this applies to mortgages as much as it does to cars or investments affected by the UK’s presence in or absence from the EU.

While different experts have conflicting expectations as to the ultimate effects of Brexit on the economy and housing market, mortgage lenders are unified in their desire to close as many reliable housing transactions as possible. They are, of course, somewhat constrained by regulations in their ability to modify such loan elements as interest rates, but they do have some freedom in the fees they charge and the terms they set on mortgage loans. For this reason, finding the lender whose terms are most favourable to you could prove to have an effect as great as – or even greater than – your negotiating skills upon your monthly mortgage payments. The website in the above link has a mortgage comparison page and tool that will greatly simplify your efforts to get a deal that could serve your interests better than anything your agent might come up with. As with any project, your success depends on your using the best tools available to you. 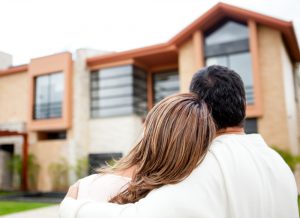 Buying a house or devising a plan to do so in the future can be difficult in chaotic times such as those we’re experiencing now. And given the fact that we’ve only recent emerged from a major economic crisis, our caution is naturally intensified. But those who manage their finances well and enter into any financial endeavour with open eyes and good common sense will be in a much better position to do well, the dire predictions of “experts” notwithstanding.