PPI claims are increasing. Both the banks and PPI claims management companies need to be ready to manage claims until August 2019. Are they prepared?

As most of the country knows by now, the PPI deadline is set for 29th August 2019. This will mercifully bring the PPI scandal to an end for the banks, which are still putting aside money to deal with PPI claims. The advertising campaign for the upcoming deadline has caused a significant increase in PPI claims and, with the deadline now only 18 months away, the message about the PPI deadline may finally be resonating with consumers.

The scale of the PPI scandal hit a new low this week when it was revealed how a signature was forged in order for PPI to be mis-sold. RBS claim that it was an isolated incident at that particular branch. However, with millions of customers mis-sold PPI in different ways, this may not be the first case which will come to light.

PPI was often added to products without the customer’s consent. In other instances, people were told it was mandatory, or they were unaware that weren’t eligible to claim on the insurance. All these are valid reasons for consumers claiming for mis-sold PPI.

Are the banks ready to manage more claims?

Since 2011, the banks have paid over £29 billion to customers — a figure that is set to hit £30 billion very soon. Lloyds are anticipating up to 15,000 claims per week until the deadline, putting greater financial pressure on the banks.

As well as the impending deadline, the reason for the increase is also due to the Plevin ruling. This new rule means that consumers can claim PPI if they believe that more than 50% of their PPI sale was a commission. This new ruling has opened the door for thousands more PPI claims.

How can claims companies manage claims?

With so many more claims expected before the upcoming deadline, PPI claims management companies will have their hands full. Such large numbers of claims mean that companies need to be prepared to manage claims in a timely and efficient manner, with many investing in more employees or better tools to ensure each claimant receives a quality service.

Using the very best claims management software is essential for all claims companies. Software which automates customer updates and reminders to the bank make the process as seamless as possible.

Only claims companies using specific claims management software will be able to manage claims during this busy time.

Should consumers use PPI claims companies?

Many people have been harassed by cold calls from PPI claims companies claiming they could be owed thousands of pounds. Along with companies scamming customers, there is some understandable distrust between customers and companies.

However, there are many of reputable PPI claims companies out there. Those looking for a company to do the leg-work for them and deal with all the communication from the bank will be able to find a trustworthy PPI claims company. 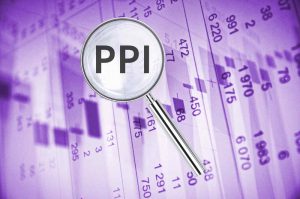 Always find a company regulated by the Claims Management Regulator and read through all of the relevant terms and conditions. A reputable company will have up-to-date information on their website and testimonials from previous customers. These are the companies will be able to handle a large amount of PPI claims in a professional, personal manner that gives claimants every chance of success.

Customers are encouraged to start their claims as soon as possible before the PPI claims rush in 2019. Don’t miss out before it’s too late.