Although the mis-sold PPI scandal was uncovered a long time ago, the announcement of a deadline for PPI claims is a fresh reminder of the original betrayal. So it raises an important question going forward: are people ready to trust banks again?

Payment protection insurance policies have been sold alongside credit cards, mortgages and loans since the 1990s. This was a service was designed to assist people if they were suddenly unable to pay back what they had borrowed. The banks quickly discovered, however, that PPI policies were highly profitable, and so began a period where an enormous amount of customers were sold PPI without their knowledge.

Once uncovered, this sparked nationwide outrage and began to label British banks as sneaky institutions that could not be trusted. It’s been over a decade since the PPI scandal was first discovered and banks are still paying people back for mis-sold PPI. In this article, we’ll take a close look at the impact the PPI scandal has had on banks, and whether the nation is ready to put their trust in them once again.

Trust and reputation at an all time low

The public has entrusted banks to watch over their money since the 17th century. The hundreds of years that followed allowed them to build a reputation as secure and trustworthy financial institutions. It’s for this reason that people were so shocked and so disgusted by the PPI scandal — and the realisation that British banks had pocketed billions in the process.

While there’s no doubt that the enormous amount of money that’s been repaid (which is being added to regularly with new PPI claims) has had a massive impact on banks in regards to finance, the damage to their trust and reputation could prove to be a longer-lasting sting. Although the deadline is good news for the banks, as they’ll soon be relieved of the burden of PPI payments, the years following will need to be well spent if they hope to regain the trust of the public.

The PPI claims deadline is 29th August 2019, meaning that you have just under two years to make a claim. The average payout is around £3000. That’s definitely enough to grab the attention of the public and also mean that it’s ludicrous not to at least check if you’re owed PPI. This is especially the case with companies offering ‘no win, no fee PPI’ making claiming a risk-free and straightforward process.

Over the last six years, the banks have paid back at least £27 billion for mis-sold PPI. There’s no doubt that British banks will be counting down the days until the PPI claims deadline, but until then, they’ll still be repaying the public. Although the announcement of the deadline is great news for them, it also may work against them by making people more aware that time is nearly up and increase the amount of claims being made.

Of course, the banks will have a lot more money in their budgets, thanks to no longer being required to pay out for PPI claims. But, if they have any sense, they’ll be investing heavily in marketing themselves as trustworthy organisations who adore the public.

Worry of a similar betrayal in future

The billions of pounds paid back by the banks have definitely gone a long way to fix the damage caused by the PPI scandal and, while many people may already forgive them, no-one will forget completely. The sneakiness and underhanded nature of the PPI scandal has left a black mark on British banking and customers will find it difficult to put their trust back in these establishments for quite some time.

Unsurprisingly, there are now rumours of products such as car insurance being a new area for mis-selling tactics by banks. Whether these are rumours or the start of another scandal, it doesn’t do the banks any favours in regards to the trust of the public. 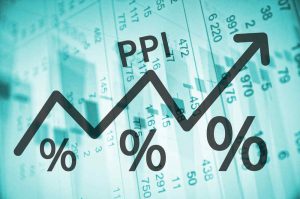 One would hope that they have learnt their lesson and are staying well clear of any mis-selling in future. Either way, it’s safe to say that the Financial Conduct Authority (FCA) will be very watchful over their movements — not only to uphold the expectations of the public, but to avoid another crippling backlog of complaints to handle.